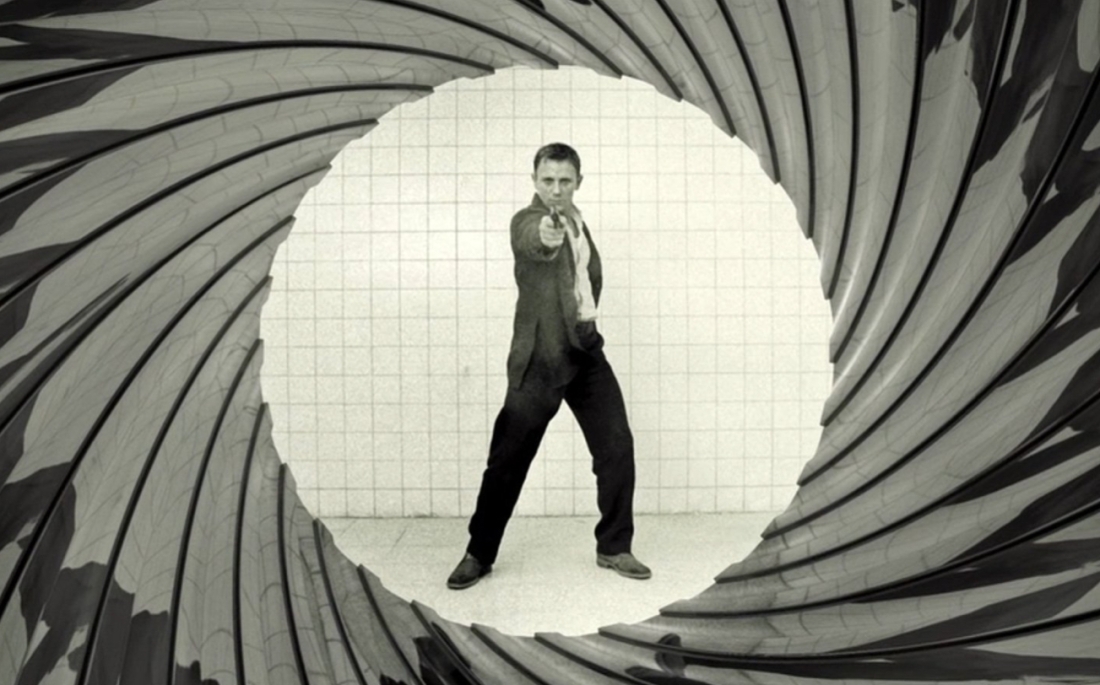 I love James Bond movies, and there is nothing quite like a classic Bond theme song. The best of them tie the familiar John Berry motifs from the score to a pop sensibility that sounds fresh while holding lingering echoes of another era. They feel both of the ‘60s when Bond first stepped onto our screens, but also very much of the moment when a given film was released.

There really isn’t any sort of consensus about the “best” Bond song, though there are certain tunes that are consistently high on individual lists. This is my personal top 5 – and, no, it does not include Adele.

The first Bond song that I knew of in real time, I finally saw the movie about a year ago and was floored by what an epic cheese fest it is. The song matches it, step by step, Gruyère by Parmesan. From swelling strings, heavily-banged-on piano keys and that guitar sound that was endemic to ‘70s AOR tracks, you could easily dismiss this as pop pap. Yet, what saves it, what elevates it to art, is Carly’s measured vocal, the straightforwardness of her declaration about the man the singer loves but really doesn’t trust (he is not just a spy after all, but THE spy). The song as written isn’t worthy of her, but she redeems it anyway.

The Roger Moore Bond flicks were often barely watchable within a year or two after their release (see above re “The Spy Who Loved Me”), and this was easily the worst of the lot. Other than Grace Jones being in it and this song, I remember zilch about “A View to a Kill”, the motion picture. And when it came out in 1985, I was to that point generally unimpressed with Duran Duran’s contributions to the music world. (That’s evolved over time – “All She Wants Is” is an all-time favourite tune, and those old singles always give me a jolt of nostalgic pleasure.) But this song grabbed me right away – I bought the 45 – with its mix of second British Invasion new wave pop and retrograde funk. The lyrics are completely nonsensical, which adds to the fun.

Have you ever hated a song at first, then slowly grown to love it, and maybe love it more for the journey? That’s this song. And the journey is even more noteworthy for the song having been chosen over a hauntingly beautiful and sort of terrifying Radiohead tune. Somehow, this song sums up everything a Bond ballad should be – sensual, epic, vivid and, yes, a bit over-the-top. If you don’t get chills when this plays, you need to see a neurologist, because something in your nervous system isn’t working properly.

So, here we are: the alpha and omega of Bond theme songs, it falls to no. 2 only for the more contemporaneous nature of my experience with the song listed below. Obviously, McCartney knows how to write a great pop song, and this doesn’t let you down. (I was going to make a rude comment about it losing the Oscar in 1973, but having just listened to “The Way We Were” for the first time in about 500 years, I have to admit it’s a pretty potent record, even though the only part of it worth saving for posterity is Barbra’s vocal – the rest gives 1970s cheese a bad name. Hmm, I guess I have made a rude comment.) He changes tempo about 86 times, and, like a great Bond movie, it’s a thrill just to try and keep up. Killer Guns N’ Roses cover, too.

It’s hard to top McCartney, but Cornell does it for me. Daniel Craig is my utopian ideal of what Bond should be – pity the poor bastard who is going to replace him sometime soon – and I have loved the movies (yes, even “Quantum of Solace”). After a cold open that establishes how Bond earned his 00 status, we are thrown into the title sequence. Cornell truly had one of modern rock’s great voices, and him showing up here tells the viewer, if the black-and-white opening didn’t make that clear, that this is not your dad or older brother’s Bond. It’s gritty, and loud, but that voice, that magnificent howl, reveals the grace and poetry that will also follow. The lyrics, too, are ruthless, a window into the soul of a (possibly) irredeemable killer. Now, after five films, with Bond having (spoiler alert) made the ultimate sacrifice, the song feels even more potent for showing the “blunt instrument” (Judi Dench rules) who grew into the man who saved the world and, finally, himself.

In early March, my wife and I were discussing the latest Ed Sheeran plagiarism news, and, as is often the case during such chats, my position changed mid-conversation. Initially, I thought Ed might be the Robin Williams of pop music, absorbing ideas and influences until they became a part of him, only to later emerge from his subconscious without any actual knowledge of their origins. But I soon decided he had done nothing untoward, not even through inadvertence, and not just because the song he’s accused of stealing from completely sucks (you’ve been warned, so it’s on you if you click on the link).

A tremendous amount of music is released every year. I could find no authoritative source on this, but one conservative estimate put it at 100 new albums each week, so let’s use that. At approximately 45 minutes each, that would total 75 hours of new music. If you have around 11 hours each day to spare, you could get through it all with an attention level that would likely vary greatly.

Now the true number is probably much, much higher. Two years ago, Spotify was adding about 40,000 tracks each day, which at four minutes apiece, would come to almost 19,000 hours of content each week. This doesn’t include the hours and hours of un-Spotified content from places like Soundcloud and Bandcamp. And whatever the number for new recordings, there’s also the long history of music that came before today. At this writing, Spotify has over 5 million hours of music in total. That number is insane.

I love the TwinsthenewTrend guys, but when I first saw them I was puzzled by how they’d never before heard “In the Air Tonight“. But then I considered that they were two modern teens who maybe weren’t inclined to (at least initially) go looking for music that was twice as old as they were, and definitely would not be considered cool in their circle (unless it was a retro ”Miami Vice” crowd, which I would pay to see). Or consider Sam Smith, who claimed never to have heard Tom Petty’s “I Won’t Back Down” until its similarity to his “Stay With Me” was pointed out to him. (For what it’s worth, I don’t hear it – this is no “Got to Give It Up”/ “Blurred Lines” or Olivia Rodrigo/ half-the-music-business scenario.) Is it so unusual that Sam maybe didn’t grow up listening to a classic rock track that peaked at #28 in his home country three years before he was born? Is it a song we would expect a gay chubby musical theatre nerd to be hunting down for a listen? I don’t think so.

So, no, Ed didn’t steal the “oh I, oh I, oh I” part of “Shape of You” from a shitty song that has – even after all the recent attention – a mere 274,000 streams (around $1,000 in revenue) on Spotify. (For perspective, “Shape of You” tops 3 billion, or around $12 million in revenue.) The odds of him even having heard that song are astronomical. I’m sure Ed has better things to do than looking for shitty songs to plagiarise.

The point of this – other than slamming a song I don’t like (hey, Jethro Tull can’t carry the entire burden) – is to play my little part in cutting through some of that noise. Below are the “new” albums I enjoyed most over the month just ended. It was a great month – I cut several records that I genuinely loved (including, to my shock and delight, one from Alicia Keys) to make this of reasonable length. May you find something in there to love – and, if nothing else, I will have spared you the horror of “Oh Why”.